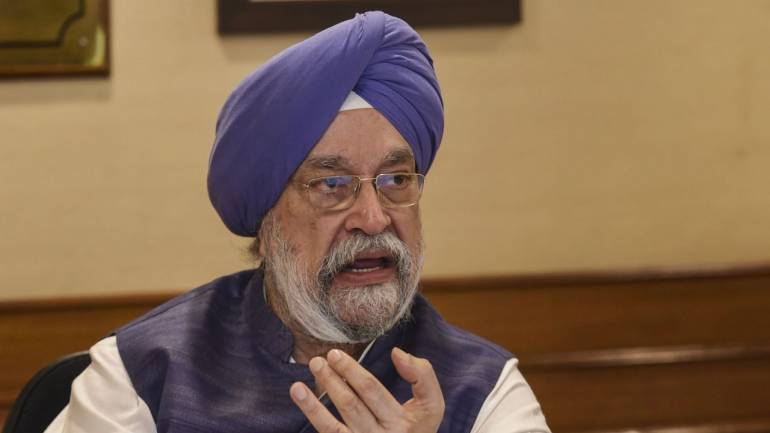 NEW DELHI: The “ruckus and violence” in Rajya Sabha during the passage of two farm bills will go down as a “shameful stain” on the functioning of Parliament, said Civil Aviation Minister Hardeep Singh Puri on Tuesday.

Eight Rajya Sabha MPs were suspended from the House on Monday for their “misconduct” during the passage of two bills on Sunday.

Some of them threw a rule book, tore its page and climbed the secretary general’s table as they attacked Rajya Sabha Deputy Chairperson Harivansh, who was in the Chair, for going ahead with the process of the bills’ passage.

Puri, who also holds the charge of Housing and Urban Affairs Ministry, said on Twitter: “The ruckus & violence in Rajya Sabha will go down as a shameful stain in the functioning of parliament as an institution.”

“The humility, restraint & patience shown by Dy Speaker Harivansh Babu in dealing with the perpetrators shows the culture & values of our democratic ethos,” he added.

Expressing deep anguish and pain at opposition members’ “humiliating” conduct towards him, Harivansh on Tuesday announced a 24-hour long fast, hoping that this may inspire a feeling of “self-purification” in them.