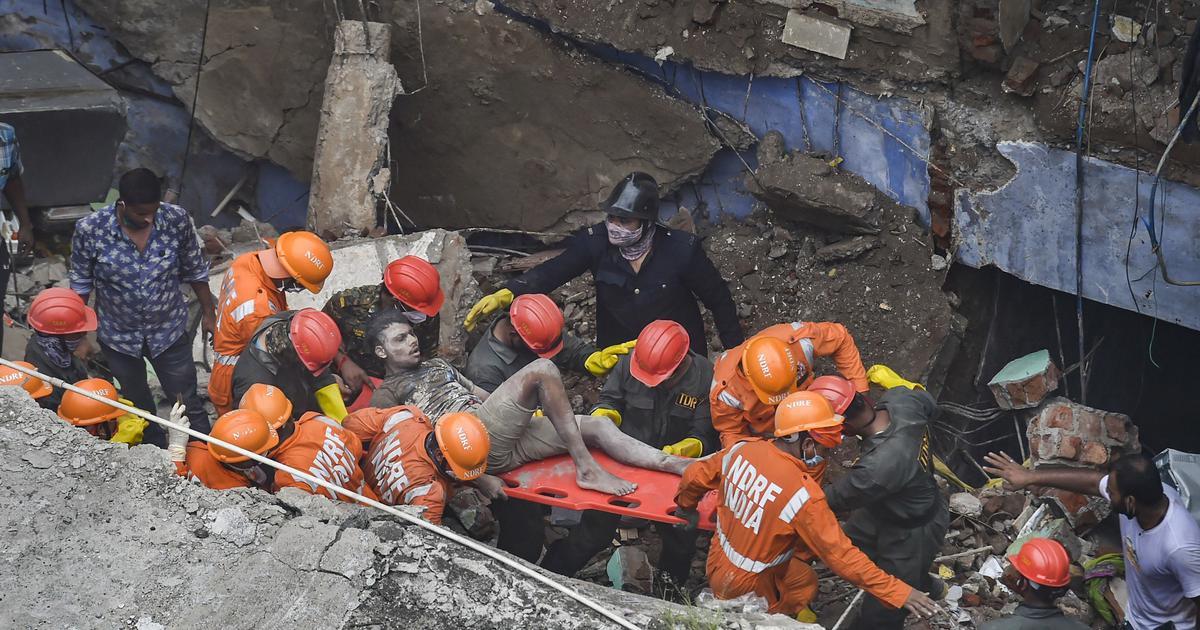 THANE : The death toll in the Bhiwandi building collapse in Maharashtra rose to 20 on Tuesday, with the recovery of seven more bodies overnight, police said.
Bodies of a two-and-a-half-year-old boy and a young couple were recovered 24 hours after the crash, police said.
The number of those rescued has gone up to 25, with five more persons being pulled out from the debris, police said.
The dead include nine children, among them two toddlers, an official said. Those rescued are being treated at hospitals in Bhiwandi and Thane, he added.
The 43-year-old Jilani building collapsed at 3.40 am on Monday.
Two civic officials have been suspended in connection with the collapse and an offence has been registered against the building owner, an official said.
The building in the powerloom town – which is around 10 km from Thane – had 40 flats and around 150 persons lived there, an official said.
The building, located at Narpoli’s Patel Compound near Dhamankar Naka, collapsed while the residents were asleep.
Teams of the National Disaster Response Force (NDRF) and personnel of the Thane Disaster Response Force (TDRF) are still at the spot as the search operation continues, he said.
The building was not in the list of dilapidated structures of the Bhiwandi-Nizampur Municipal Corporation (BNMC), he said.
Bhiwandi DCP Rajkumar Shinde said offences under sections 337,338,304 (2)of the IPC were registered against the owner of building Sayyed Ahmed Jilani after a complaint by civic officials. Jilani is yet to be arrested, he added.
The BNMC suspended two senior officials in connection with the building collapse. An inquiry committee has also been set up and will include the assistant town planner, he said.
Meanwhile, a building resident said most residents of the building were tenants and included autorickshaw drivers, vendors and labourers.
A civic official said the building was served two notices, one in 2019 and another in February, over alleged irregularities, but the residents did not leave as the rent was very low.