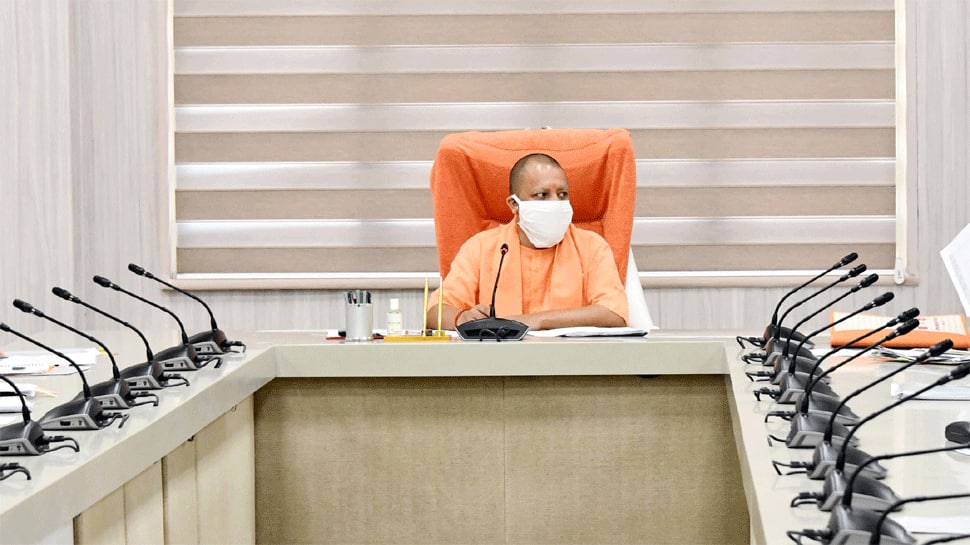 Ayodhya: Uttar Pradesh Chief Minister Yogi Adityanath on Sunday (August 2) will visit Ayodhya to take stock of preparations for the Ram temple foundation stone laying ceremony. The Prime Minister is scheduled to lay the foundation stone of the Ram Temple in Ayodhya on August 5, according to Mahant Nritya Gopal Das, the president of the Sri Ram Janmabhoomi Teertha Kshetra Trust.

Meanwhile, grand preparations for Ram Temple ‘Bhoomi Pujan’ are underway across Uttar Pradesh. On August 4-5, prayers will be held in Mathura, Kashi, Chitrakoot, Prayagraj, Gorakhpur and Naimisharanya and texts of Akhand Ramayana will be recited.

Diwali-like celebrations will be held at these major pilgrimage sites to celebrate the foundation ceremony of Ram Temple in Ayodhya. UP CM Yogi Adityanath has given instructions in this regard to authorities to take stock of preparations.

On July 31, priests dispatched the soil of the Yamunotri Dham, water of the Yamuna river and the Brahma Kamal flower that grows in the Himalayan region for the foundation stone-laying ceremony of the Ram temple in Ayodhya.

The priests handed over the things to the Vishwa Hindu Parishad office-bearers, who will carry them to Ayodhya in Uttar Pradesh, Yamunotri Mandir Samiti secretary Kriteshwar Uniyal said.

“It’s a matter of great happiness for the priests of the temple that the soil of Yamunotri, water of the Yamuna river and speciality of the Himalayas like the Brahma Kamal are being sent to Ayodhya for the foundation of Ram temple,” Uniyal said.

The soil of Gangotri Dham and the water of the Ganga were also sent by speed post on Tuesday, Gangotri Mandir Samiti president Suresh Semwal said.

Construction of the Ram temple will begin after the groundbreaking ceremony to lay the foundation stone in which Chief Ministers of several states, Ministers from the Union Cabinet and RSS chief Mohan Bhagwat are likely to participate.

The apex court, on November 9 last year, had directed the central government to hand over the site at Ayodhya for the construction of the Ram temple.