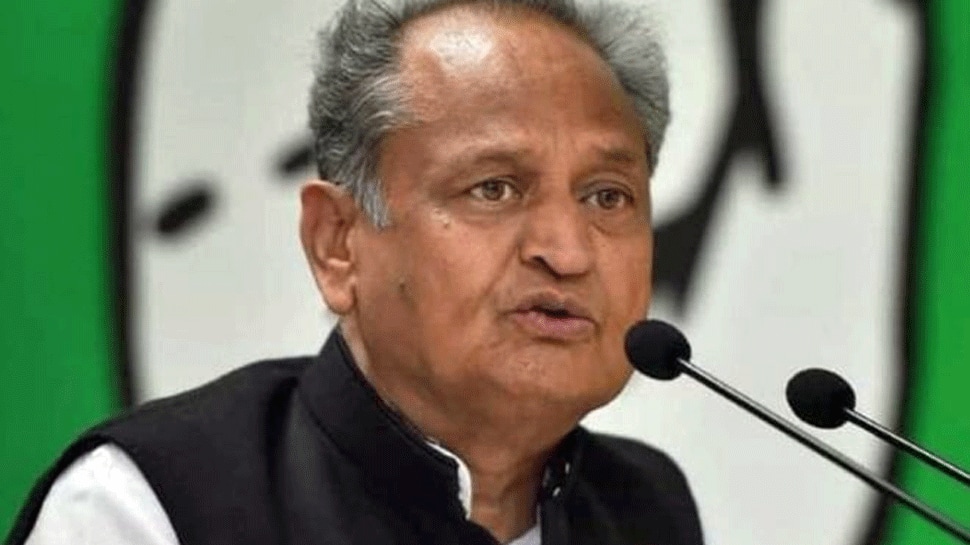 Jaisalmer: Rajasthan Chief Minister Ashok Gehlot on Saturday (August 1, 2020) sought Prime Minister Narendra Modi’s intervention to end the ongoing political crisis in the Congress-ruled state and said that he is open to welcoming back the Congress rebels led by Sachin Pilot.

“PM Modi should stop whatever is going on in Rajasthan,” the Chief Minister said outside the hotel where the MLAs were shifted Friday. “As a Prime Minister of the country, Modi ji should stop the `tamasha` going on in Rajasthan. The rate for horse-trading has increased here. As soon as the assembly session was announced, they have increased the rates further. What ‘tamasha’ is this?” Gehlot said.

Answering queries from reporters, Gehlot said if the Congress high command forgives the dissidents, he will welcome them back to the party. Gehlot said he will do whatever the Congress leadership wants and gave the party the credit for making him the Rajasthan chief minister thrice.

The Chief Minister was on his way back to Jaipur after an overnight stay at Jaisalmer’s Suryagarh resort, where loyalist MLAs have been shifted ahead of the assembly session from August 14.

The Congress has accused the BJP of playing a major role in the rebellion by the now sacked deputy chief minister and 18 other Congress MLAs who are threatening his government.

“We have no quarrel with anyone. In a democracy, fights happen over ideology, policies and programmes and not for toppling a government,” he said. Gehlot and the ministers are likely to spend most of their time in the state capital as the Congress tries to keep its numbers intact in Jaisalmer.

He claimed that democracy is under threat in the country is and the Union Home Ministry is after his government in the state.

Congress MLAs supporting Chief Minister Ashok Gehlot shifted to the Suryagarh Hotel in Jaisalmer on Friday. They were earlier lodged at the Fairmont Hotel in Jaipur. Gehlot said that MLAs were shifted to keep them away from external pressure.

The Rajasthan Assembly session is scheduled to begin on August 14.

The Congress MLAs were lodged at Jaipur`s Fairmont Hotel after differences between Gehlot and his former deputy Sachin Pilot came out in open triggering a political crisis in the state.

The Congress has accused the BJP of indulging in horse-trading to bring down the Gehlot government. However, the BJP has rejected the allegations.

Including the rebels, the Congress has 107 MLAs in the 200-member assembly. The BJP has 72 MLAs.