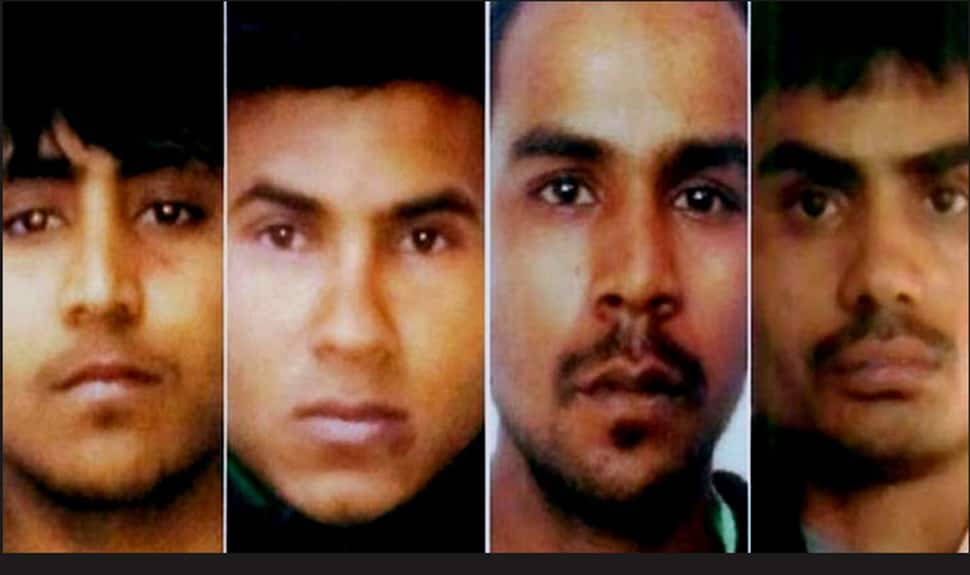 New Delhi: In Nirbhaya gang rape and murder case, the Supreme Court on Thursday (February 13)  appointed senior advocate Anjana Prakash to represent one of the four death row convicts as he was unrepresented after dropping his earlier lawyer. The top court also reserved its order on the issue of rejection of mercy petition of Vinay Kumar Sharma, one of the convicts in the case.

A bench of Justices R Banumathi, Ashok Bhushan and A S Bopanna appointed Prakash as amicus curiae to represent the convict, Pawan Kumar Gupta, and said, “On behalf of respondent Pawan Gupta, we requested Anjana Prakash, senior counsel, to be amicus curiae to assist the court in the case of Pawan Gupta. Anjana Prakash has graciously agreed to appear and advance arguments to assist the court in the matter of Pawan Gupta.”

Prakash had earlier appeared for convict Mukesh Kumar Singh, who had challenged the rejection of his mercy plea by the President, and the plea was dismissed.

The court, however, deferred the hearing on the Centre’s plea till Friday for separate execution of four convicts and asked all the condemned prisoners to file their replies by then.

The bench also took note of the trial court order passed on Wednesday in which it had asked the District Legal Services Authority (DLSA) to provide Pawan’s father with a list of empanelled advocates to choose from to represent the convict.

Appearing for convict Mukesh, advocate Vrinda Grover said that trial court listed the matter for hearing a plea of jail authorities seeking fresh date of execution and it would be appropriate if the matter in top court is taken up on Friday.

Appearing for Centre and Delhi government, Solicitor General Tushar Mehta said that there is no change in the status of the convicts since the last date of hearing on Tuesday as no one has moved any mercy or curative petition till now as directed by Delhi High Court.

The bench listed the matter for Friday at 2 PM for final hearing and all the convicts in the case shall file their replies to Centre’s plea by then.

On Tuesday, convict Vinay Sharma had challenged the rejection of his mercy petition by the President in the apex court. The same day, the top court had sought a response from the four convicts on Centre’s appeal against a Delhi High Court verdict refusing to set aside the stay on their execution.

The top court had granted liberty to authorities to obtain a fresh date for execution of the death warrants from the trial court, saying pendency of Centre’s and Delhi government’s appeals before it “will not be an impediment”.

So far, two death warrants have stayed in the case. Pawan Kumar Gupta is the only convict in the case who has not filed a curative petition–the last legal remedy available to a person. He also has the option of filing a mercy plea against the death sentence.

Meanwhile, the top court today reserved the order on the issue of rejection of mercy petition of Vinay Kumar Sharma, one of the convicts in the case. A bench of Justice R Banumathi heard the case and reserved the order till Friday at 2 pm.

Appearing on behalf of the Delhi government, Solicitor General Tushar Mehta said that Vinay Sharma was not kept in solitary confinement as it was argued by convict`s lawyer AP Singh in the court, adding “There is a limited scope of judicial review, as the President of India had rejected the mercy petition after SC reserved order duly considering and applying his mind.”

Mehta said,” The Home Minister did not do it (dispose off the matter) immediately, as the Joint Secretary and Home Secretary discussed the matter in a detailed manner. The crime committed by the convict, Vinay Kumar Sharma, fell in the rarest of the rare category and did not fall in the category of mercy.”

Lawyer, AP Singh, representing Vinay, had earlier argued that the convict was kept in illegal confinement and “illegally tortured” in Tihar Jail.

Singh claimed that there has been a history of physical assaults on Vinay, who “had been sent for psychiatric treatment on many occasions. The petitioner has suffered adverse mental condition and faced immense trauma.”

On February 1, Vinay`s mercy petition was rejected by the President. On January 31, the death sentence of four convicts Mukesh Singh, Pawan Gupta, Vinay Sharma, and Akshay Thakur were stayed by a lower court till further orders. Currently, all four convicts are lodged in Tihar Jail.

On December 16, 2012, a 23-year-old physiotherapy intern, who later came to be known as ‘Nirbhaya’ (fearless), was gangraped and savagely assaulted by six in a moving bus in South Delhi. She died after a fortnight.

One of the five adults accused, Ram Singh, had allegedly committed suicide in the Tihar Jail during the trial of the case. The juvenile was released in 2015 after spending three years in a correctional home.